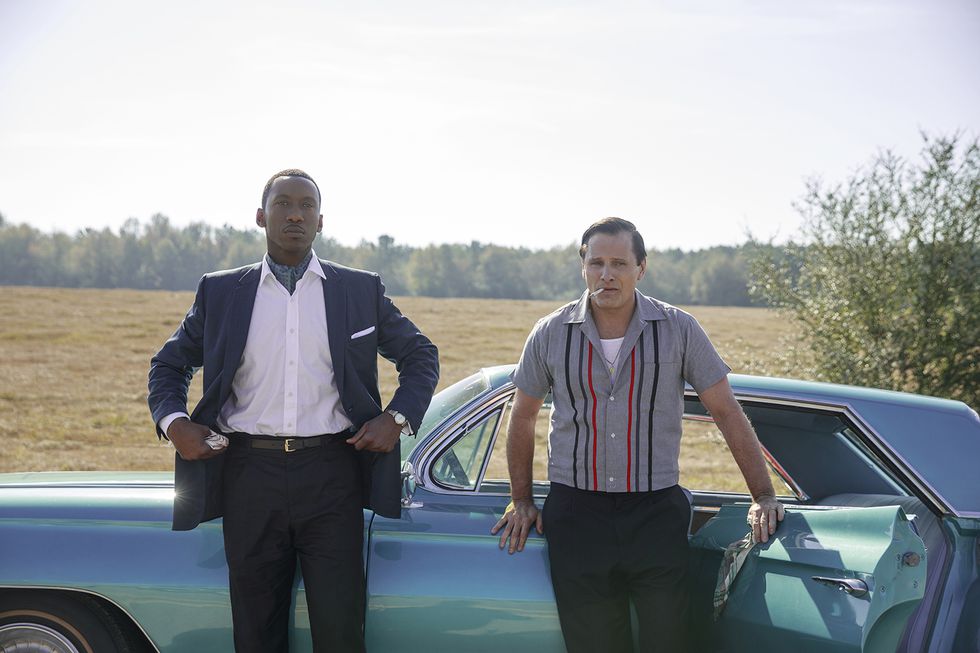 Melissa McCarthy isn’t the only one switching genres this season. The director Peter Farrelly – renowned for the gross-out comedies There’s Something About Mary and Dumb and Dumber – delves into more profound subject matter with Green Book, his race-relations drama set in the 1960s. Described as a reverse Driving Miss Daisy, the film follows Don (Mahershala Ali), a concert pianist seeking a chauffeur for his tour of the still-segregated Deep South. He hires the brash Italian-American Tony (Viggo Mortensen) and the men soon forge an odd-couple friendship. The winner of the coveted Audience Award at this year’s Toronto International Film Festival (a prize that has been known to align with the Oscars’ Best Picture), Green Book is a feel-good movie that (finally) posits the black man as the authority figure. Ali has earned critical acclaim for his turn as the well-to-do musician, and his progressive agenda is a tonic to the wave of conservatism sweeping the United States. “You never win with violence,” he says in the wake of a racist attack. “You only win when you maintain your dignity.” A role model to us all.