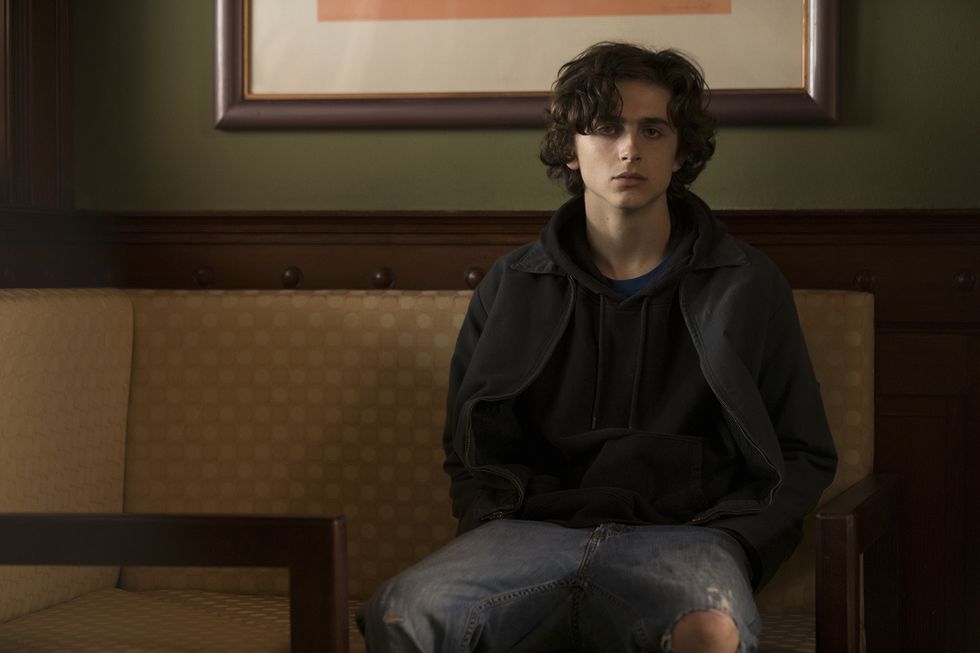 Based on a pair of bestselling father-son memoirs, Beautiful Boy tells the harrowing story of how drug abuse tears families apart. What starts out as teenage experimentation gradually engulfs the lonely, Rimbaud-reading Nic (Timothée Chalamet), who becomes addicted to crystal meth. His despairing father David (Steve Carell) is at a loss as to what to do with him, alternately spending thousands of dollars on rehab and withdrawing financial support. Nic is trapped in a never-ending cycle of relapse and recovery, a track-marked, vomit-smeared existence that at times makes for difficult viewing. The It boy of the moment Timothée Chalamet delivers yet another outstanding performance in Beautiful Boy, carefully calibrating Nic’s violent mood swings to create a heartwrenching portrait of substance-induced anguish. The actor also transformed himself physically for the role, shedding 20 pounds from his already slender frame to emulate the real-life addict’s gaunt emaciation. Beautiful Boy scored Amazon Studios’ best-ever opening when it premiered Stateside in October, largely thanks to the “Chalamaniacs” turning up in droves to see him on the big screen.