Immigration and a desire for the UK to ‘take back control’ of its borders were central to the Leave campaign. The argument put forward was that “a vote for Leave will be a vote to cut immigration,” particularly when net migration – the difference between the numbers arriving in the UK and leaving – reached a near-record of 330,000 in 2015.

A month post-Brexit, however, it is clear that fears of an immigration crackdown may be overstated. On the contrary, Brexit presents a great opportunity for Commonwealth nationals who wish to live and work in the UK.

There are three key developments to support this observation.

First, Mayor of London Sadiq Khan has recently launched a social media campaign to “send a powerful message to the world” that #LondonIsOpen. In light of Brexit, the campaign aims to encourage more visitors and investors to London. More importantly, it aims to reassure EU and non-EU nationals that xenophobic attitudes and discrimination will not be tolerated.

A Facebook posting by Khan on 18 July states, “London is the best city in the world – creative, international, entrepreneurial and full of opportunities. We now need to make sure that people across London, and the globe, hear that ‪#‎LondonIsOpen.”

Have you seen our #LondonIsOpen film yet? I want everyone to know our doors will always be open. Share our messagehttps://t.co/oYcLh8bc8T

Such sentiments are a reflection of the 59.9 per cent of Londoners who voted to Remain in the EU.

Second, recent developments indicate that Brexit promises on immigration may not materialise after all. Just last week, Home Secretary Amber Rudd stated that the government’s goal is to bring net migration down to ‘sustainable’ and ‘manageable’ levels. However, specifics as to what these levels are were not mentioned.

Foreign Secretary Boris Johnson – arguably the star of the Leave campaign – supported his colleague by saying that Ms Rudd was “entirely right to be careful about committing to numbers.” On 26 June (three days after the EU referendum), Johnson wrote in The Telegraph that he does not believe “those who voted Leave were mainly driven by anxieties about immigration.” 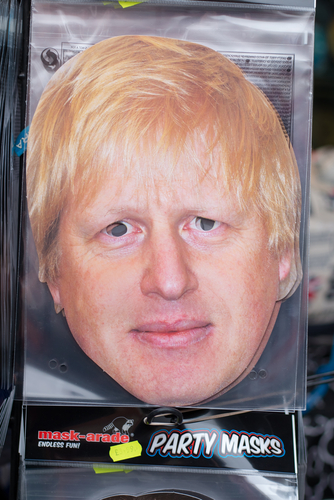 Indeed, such comments do not entirely represent a U-turn on reducing net migration. But they do signal that the Theresa May administration is not prepared to set explicit targets. This is a departure from the Conservative manifesto, which explicitly states that the government’s aim is to reduce net migration levels to below 100,000 by 2020.

Third, Brexit could lead to a flight of EU talent in the near future. This would generate more opportunities for non-EU nationals as, quite simply, the UK would not function without talent. This is particularly true of its capital, London.

If freedom of movement to the UK is disbanded as a result of Brexit, new visa requirements for EU nationals living and working in the UK may discourage them from moving altogether given that they currently enjoy the right to do so. Furthermore, employers will no longer have to prioritise job vacancies for EU nationals.

Thanks to everyone who has opened their door to welcome people to our great city #LondonIsOpen pic.twitter.com/i1napzOMCn

There should subsequently be more job opportunities in the UK for highly-skilled workers outside the EU. This is in line with two recent developments on UK visas.

The first is a recent visa requirement put forward by Prime Minister Theresa May during her time as Home Secretary. For non-EU nationals who have lived in the UK for less than 10 years, working visas will only be given to those who meet a minimum income threshold of £35,000 (an estimated £8,000 more than what the average Briton earns).

The second development is a rumour, however premature, that the May administration is planning a new crackdown on student visas, so that only the brightest are allowed to study at the best universities the UK has to offer.

These developments should not be viewed as a crackdown on immigration, but rather as an opportunity for the Commonwealth to strengthen ties with the UK.

As a former colony of the British Empire, a strong bond already exists between Malaysia and the UK. There is no reason why Malaysia-UK relations will not strengthen with Brexit, given our mutual use of the English language, and our common legal and political institutions.

Brexit presents an opportunity for the UK to be more outward-looking and international in its economic and foreign policies. Commonwealth nationals should take comfort in knowing that they will no longer be discriminated against, or treated less favourably, than EU nationals for work visas and immigration.

While the UK will have a stronger system in place to control immigration post-Brexit, such a system will not automatically translate to a drastic curb on immigration, particularly if the flight of highly-skilled EU talent becomes a reality.