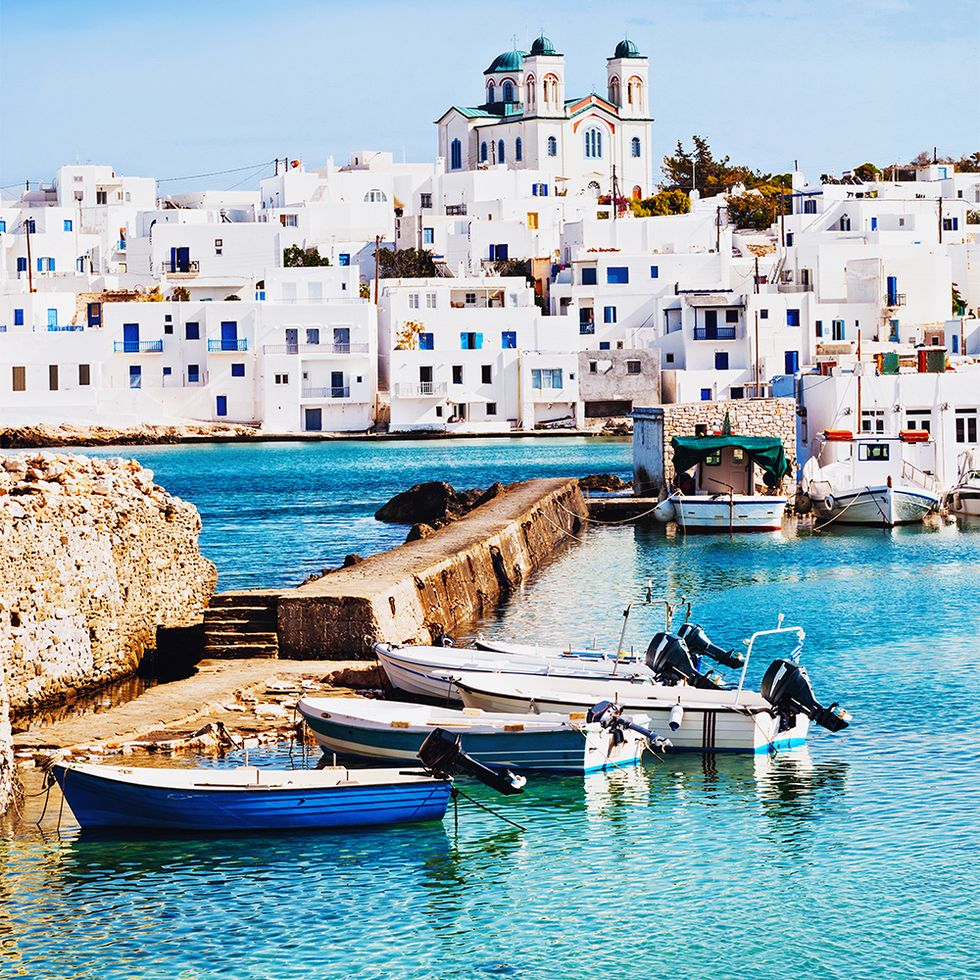 “During the 2008 financial crisis, wealthy Greeks sold their Mykonos mansions and moved to Paros, where the land was more affordable,” explains Brooke Lavery of Local Foreigner. “Ten years later, Paros has emerged as the country’s bohemian up-and-comer, with boutique hotels and homey tavernas inhabiting whitewashed villages across the island.” Think of it as the laid back version of Mykonos—all the beauty and none of the scene. Both Lavery and 84 Rooms’ Sebastian Schoellgen cite the mid-2019 opening of Parilio on Nauossa Bay as the true turning point of Paros’ appeal and esteem. “Situated on the north of the island, the 33-suite property is Kalia and Antonis Eliopoulos’ fourth hotel, and they’ve hit all the marks, using Athens-based firm Interior Design Laboratorium to sculpt the stark spaces and private pools,” Schoellgen adds.