What Does Givenchy’s Donatella Versace Ad … 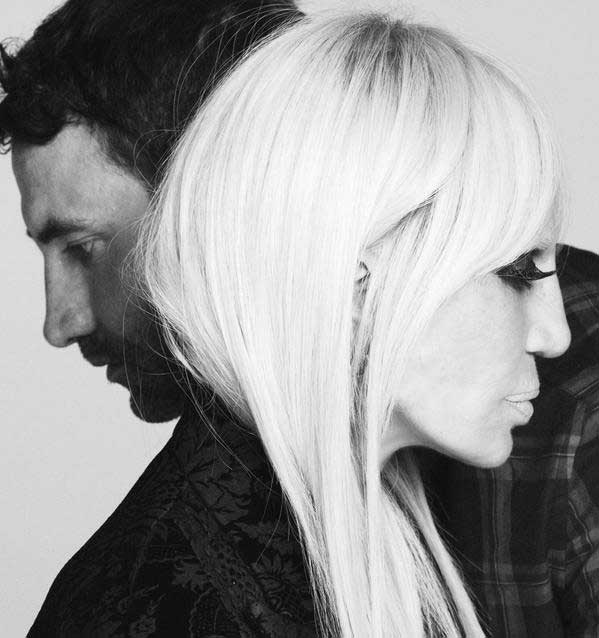 Regardless of whether it was rightfully earned or not, the fashion community’s rep is that of an industry with a high school clique mentality—and there are major power players working to debunk that. Two of them, Givenchy’s Riccardo Tisco and Versace’s Donatella Versace, are making a high-impact statement, letting their friendship flag fly in major glosses and on billboards.

As the second image from Givenchy’s Fall 2015 campaign launched today, its star, Versace, took to Instagram to explain the campaign’s vision and her reason for lending her face to a competing brand. “I believe in breaking rules,” the designer wrote. “Riccardo Tisci is extremely talented and above all my dear friend. We are family. I want to get rid of the old system, work together, support each other and make fashion a truly global community.”

For his part, Tisci, the ad’s creative director, explains, “I approached my friend Donatella because she represents what a Fashion Icon is to me. We thought it was time to break boundaries and give a strong message about how to think Fashion.”

The images, lensed by Mert Alas & Marcus Piggott and styled by Carine Roitfeld, are clean and purposeful. But will they make a mark on a PR campaign to change how outsiders, and perhaps some insiders, view Fashion (capital F per Tisci)? Cathy Horyn took on the subject in this magazine last August, posing some pointed questions:

“The subject of fashion friendships is intriguing, if only because it’s so rarely discussed. Are they a little dangerous, these relationships? Are they fickle like fashion, as artificial as a Lesage rose (lovely, but still…)?…Also, the fashion world can be mean, with a juvenile ability to distort and bully.”

So is fashion one big, happy family, whose members will pose gamely for each other’s advertising campaigns? Or is it the realm of creative, yet fickle, misanthropes? We’d prefer to believe the latter, with Donatella’s fierce visage in black and white as exhibit A.