The Political Showdown, A Breakdown on Trump vs. Hillary

Depending on who you ask, the second debate went well. Some say Clinton won, some say Trump did. But the purpose of the debate was to give the candidates a platform. Some are calling it the nastiest debate of all time. 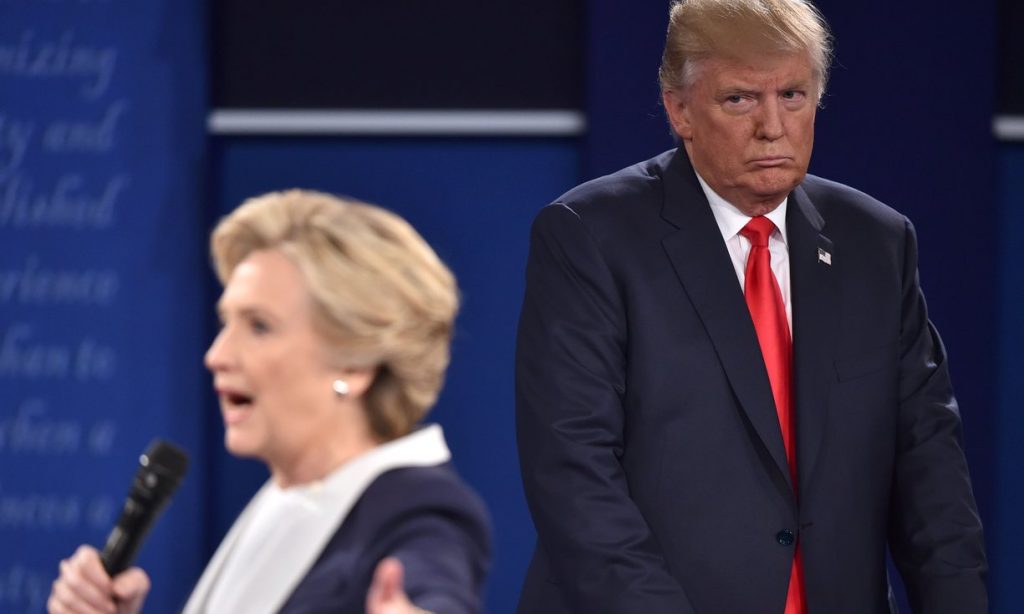 It was a real war of words, with each candidate seeking to undercut the other. But, it had it’s interesting moments.

He admits he would put Hillary in jail if he could
The pair wrestled over Hillary’s leaked emails, with Trump regularly accusing the moderators of favoring Hillary, he then said if he won he’d get the attorney general to look into Hillary’s email situation. When she replied that she was glad he wasn’t in charge of the laws, he shot back with “Because you’d be in jail,” the crowd cheered.

Clinton commented on Trump’s misfires
Clinton couldn’t help but comment on the fact that Trump’s campaign was getting messy. With comments coming out from all over the place, and people abandoning him at the last minute. She accused him of trying to divert attention from the fact that his campaign is exploding and the Republicans are leaving him.

Hillary clarifies we aren’t at war with Islam
On the subject of Islamaphobia, Hillary said, “We are not at war with Islam. And it is a mistake, and it plays into the hands of the terrorists, to act as though we are.”

Trump’s taxes are brought to light again
When it came to taxes, Hillary said that Trump gives “zero for our vets, zero for our military,” and called it wrong. Trump rebuffed her and accused her of not doing enough to reform the tax code.

It ends on a slightly more positive note
At the end, an audience member asked the two candidates if they had anything positive to say about each other. Clinton replied, “Look, I respect his children. His children are incredibly able and devoted, and I think that says a lot about Donald.” While Donald replied, “I will say this about Hillary. She doesn’t quit. She doesn’t give up. I respect that. I tell it like it is.”

Who do you think ‘won’ this debate? On one hand, Trump is a talker, and Clinton’s silence sometimes spoke volumes, on the other hand, he has got into trouble for his words. It’s tough to call, and a lot of younger Americans are disillusioned with both choices. What do you think?