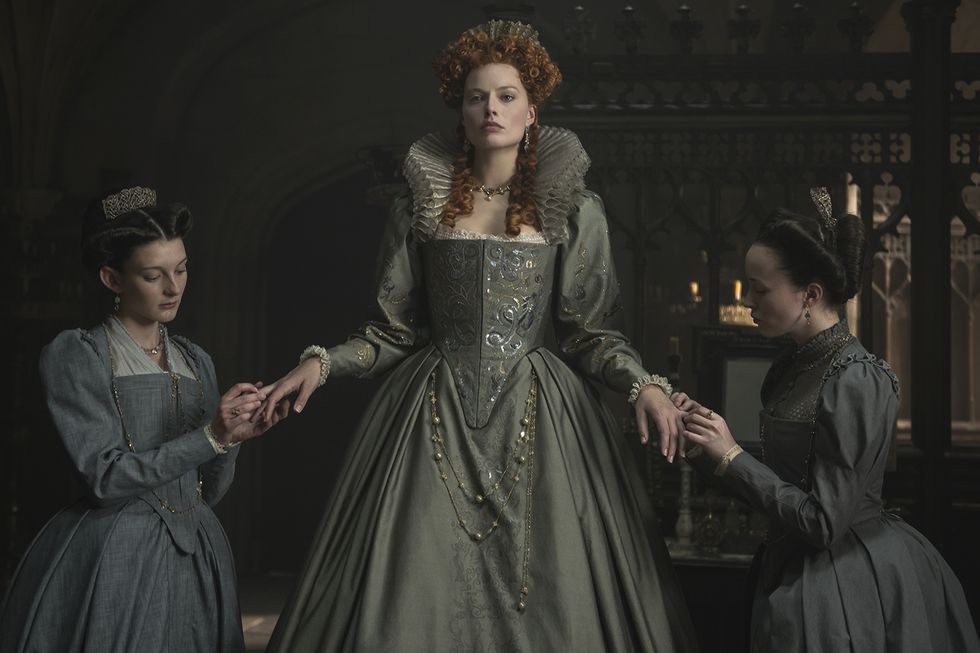 Premiering at LA’s AFI fest on Thursday, Mary Queen of Scots sees this year’s Best Actress nominees Saoirse Ronan and Margot Robbie go head to head as the eponymous monarch (Ronan) attempts to overthrow her cousin Queen Elizabeth I (Robbie) and ascend to England’s throne. Ronan is fiery and fearless, undermining her relative in a note-perfect Linlithgow accent; while Robbie (who, let’s not forget, made her name playing Leonardo DiCaprio’s lingerie-model wife for Scorsese) foregoes all vanity as the Virgin Queen with her smallpox-scarred complexion and clownish red wig. In a coup for diversity, Gemma Chan, whose Asian heritage had prevented her from finding her footing in period drama, also appears in the film as Bess of Hardwick.

‘Mary Queen of Scots’ is released in cinemas on 18 January.