The much anticipated Season 2 of Emily in Paris is here, and you will be able to stream it on Netflix starting from the 22nd of December. 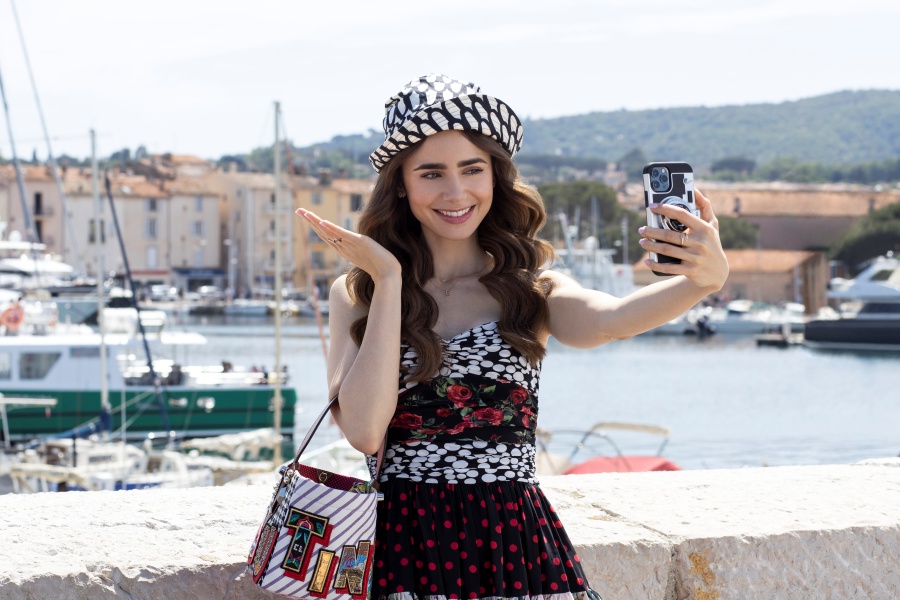 In case you forgot what happened in Season 1 here’s a recap of all the things that went down in Paris. Scroll all the way down for our interview with Lily Collins and Ashley Park.

Emily Cooper lands her dream job in Paris as a marketing executive in a luxury French Fashion Agency. However, life in Paris is not as it seems, as she lands herself in trouble at work, finds it hard to blend in with the locals, makes new friendships, and lands herself in a questionable love triangle. As she navigates her life in Paris through the struggles of French life, we can’t help but fall in love with Paris and all the city has to offer vicariously through her. Before we get into Season 2, here are our favourite memories from Season 1. 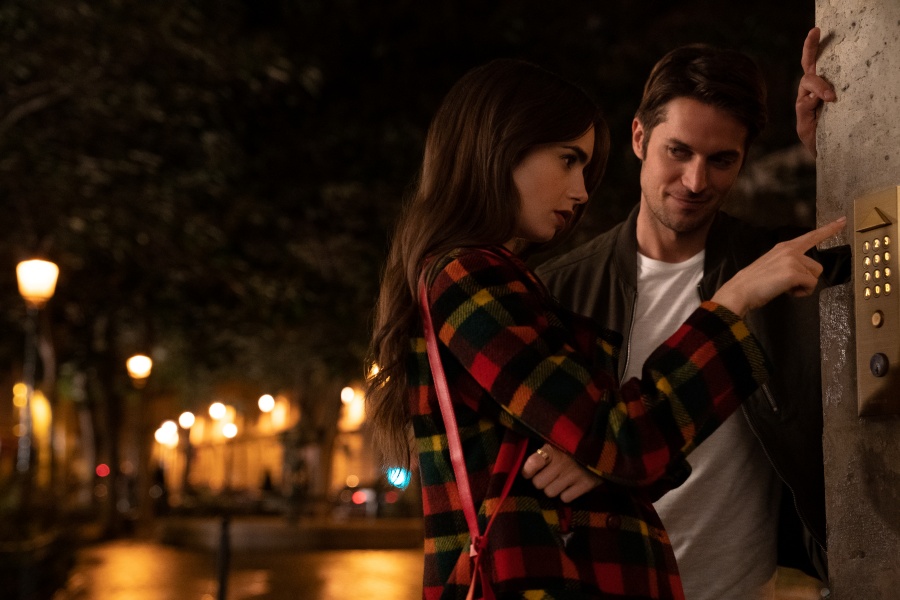 EMILY IN PARIS (L to R) LILY COLLINS as EMILY and LUCAS BRAVO as GABRIEL in episode 105 of EMILY IN PARIS Cr. STEPHANIE BRANCHU/NETFLIX © 2020

Nobody can ever forget meeting Gabriel (Lucas Bravo), the gorgeous Frenchman and Head Chef of a charming little bistro called Les Deux Compères. Emily and Gabriel’s meet-cute happens when she mixes up the floors of her apartment building and bangs on the wrong door. The two cross paths more than once, and their romance grows each time despite certain obstacles in the way.

If you thought the universe was against Gabriel and Emily uniting in the first season, just wait for what comes next in Season 2. 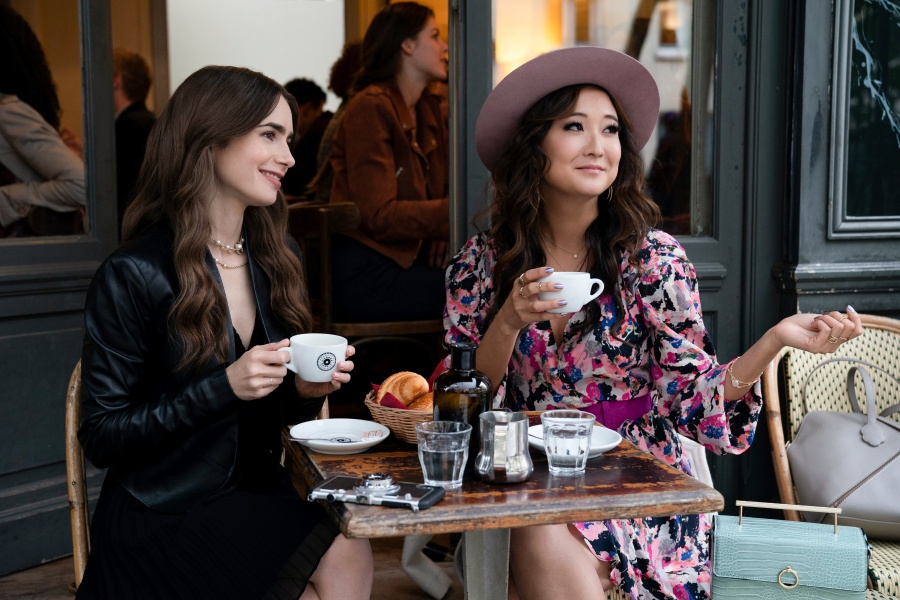 EMILY IN PARIS (L to R) ASHLEY PARK as MINDY CHEN and LILY COLLINS as EMILY in episode 106 of EMILY IN PARIS. Cr. STEPHANIE BRANCHU/NETFLIX © 2020

Name a more iconic duo. Emily meets Mindy Chen (Ashley Park), an au pair and fellow expatriate who helps her navigate her new life abroad. Mindy is an aspiring singer who has previously appeared on the Chinese version of American Idol. You can catch her sweet voice in Season 1 Episode 6 where she belts out her rendition of Édith Piaf’s ‘La Vie en Rose’. 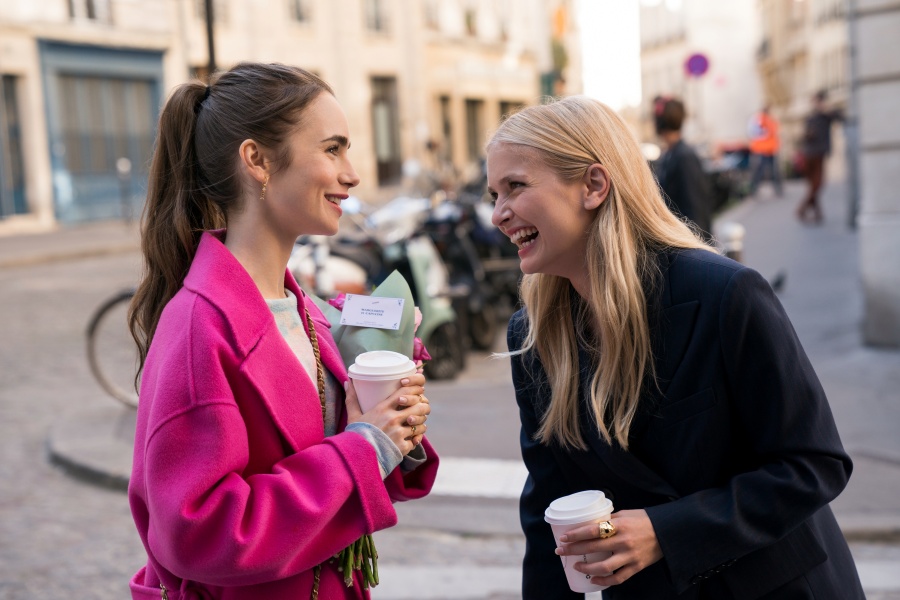 EMILY IN PARIS (L to R) LILY COLLINS as EMILY and CAMILLE RAZAT as CAMILLE in episode 104 of EMILY IN PARIS. Cr. STEPHANIE BRANCHU/NETFLIX © 2020

Emily gets acquainted with Camille, who also happens to be Gabriel’s girlfriend

Emily was struggling to buy flowers at a florist when Camille intervenes and helps with the conversation. The pair become fast friends but not long after, Emily discovers that Camille is the girlfriend of Emily’s neighbour, Gabriel, whom she just kissed.

Will Emily and Gabriel be able to keep their affinity for each other a secret? 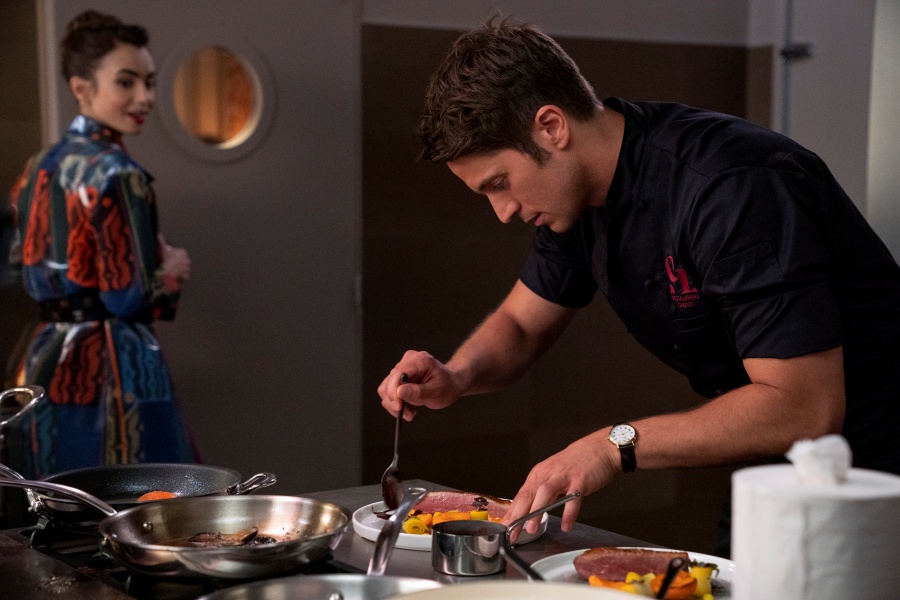 Finally, we get to continue with this love triangle. As you know Emily has an intriguing love interest Alfie (Lucien Laviscount) who is an expat she met in French class. 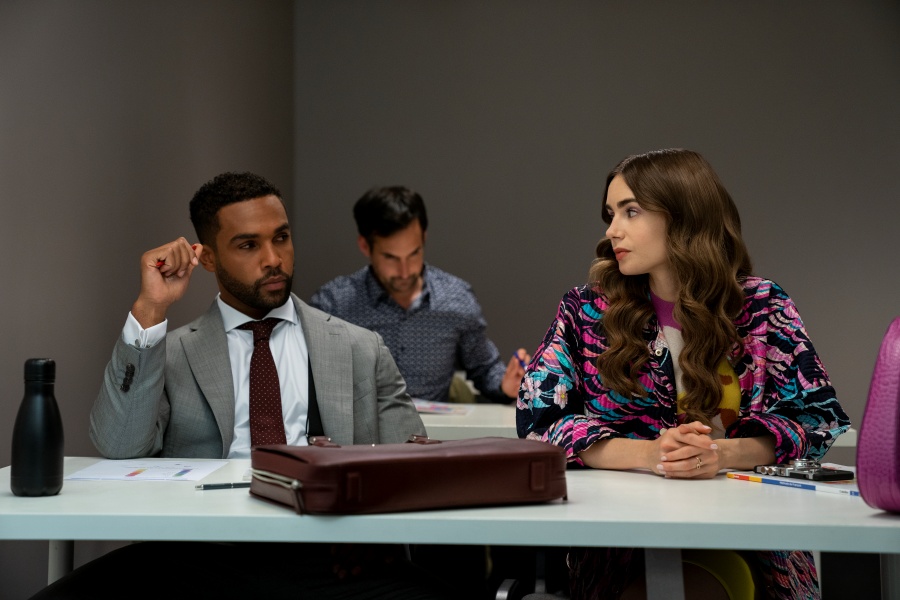 Emily gets better at navigating Paris, is finally getting her Parisian life on track, and is determined to focus on her work. But the biggest question on everyone’s mind is, will Emily Fall in love in Paris? Season 2 has 10 episodes in total, and premieres on Netflix on the 22nd December 2021. 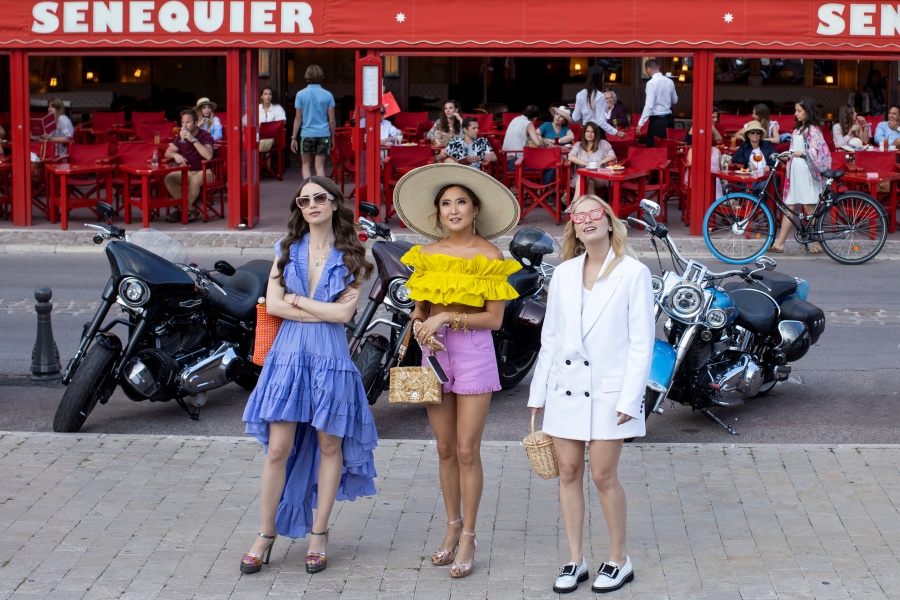 What does it feel like returning to Paris to film Season Two?

Ashley Park- Oh my gosh, we were so excited. I think we are. I mean, first of all, we didn’t get to celebrate season one together when it came out. And so we are so psyched to be there. For our second season. I remember me and Lily, you know, we each had to quarantine for when we got to Paris. And then the first day that we are set up to be free we met in the Town. And I think the first thing like it really felt like to us is, we felt like we were kind of returning to a second home, it felt like we were locals, we knew where we were going and like what to do. And also we were just so surprised, we couldn’t walk more than a block without people recognizing us even with our masks on but I think it’s because we’re always hysterically laughing together and talking loudly and you know, catching up. And so, we are so excited by how many of the French people had embraced our show. And we’re so excited to be the home to our show again. 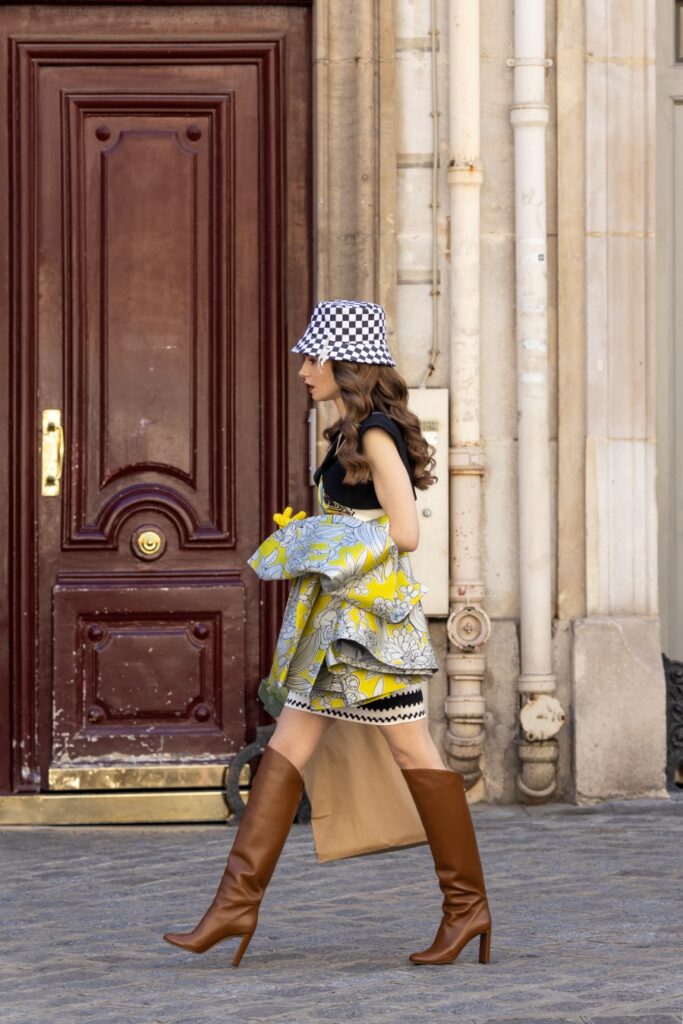 How would you describe Emily and Mindy’s style?  How have their styles changed from season one to two?

Lily Collins- I would say that Emily’s style is bright, it’s bold, bubbly, and a little bit obvious, which is much like her personality. But with Season Two I think you know, Emily’s character draws a lot of inspiration from her co-workers and her friends and kind of the fashion of Paris with that “je ne sais quoi,” feel as well as French cinematic icons this season. So you get to see a little bit more of a Parisian flair to her looks. 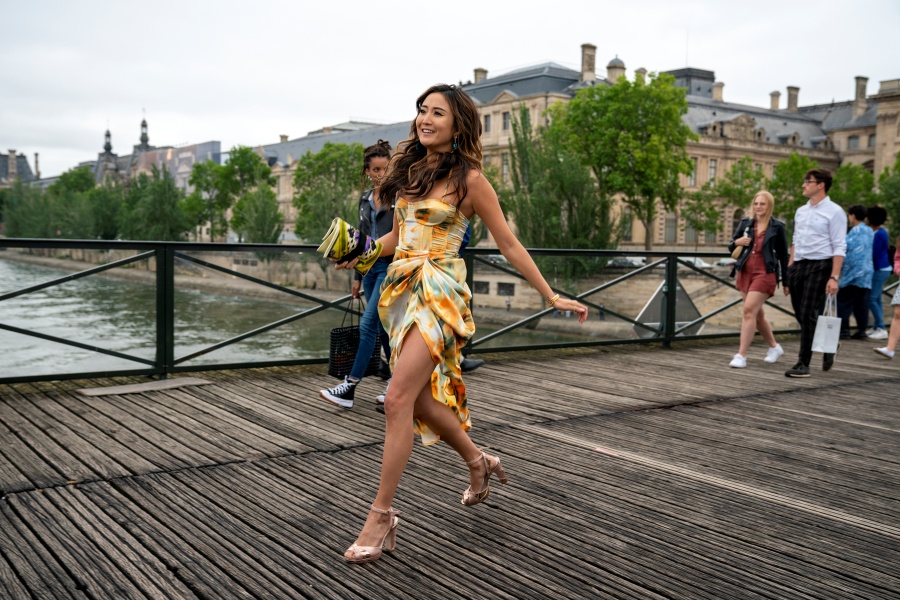 Ashley Park- And I think in very similar ways to Emily, I feel like Mindy’s style is also a reflection of her personality. She really does fashion on her own terms. She doesn’t like to be confined to a box in any way. You see she could be in a vintage thing one out but you know, one scene and then a designer’s something, the next scene, and then a pair of sweatpants in the next scene. And I think that she is sexy and clever and bold and bright as well. And much more of that than I think I am sometimes and I think we’ve both learned a lot from our characters in terms of even just how pieces go together. But also just like in terms of letting fashion be a form of self-expression on a daily basis. 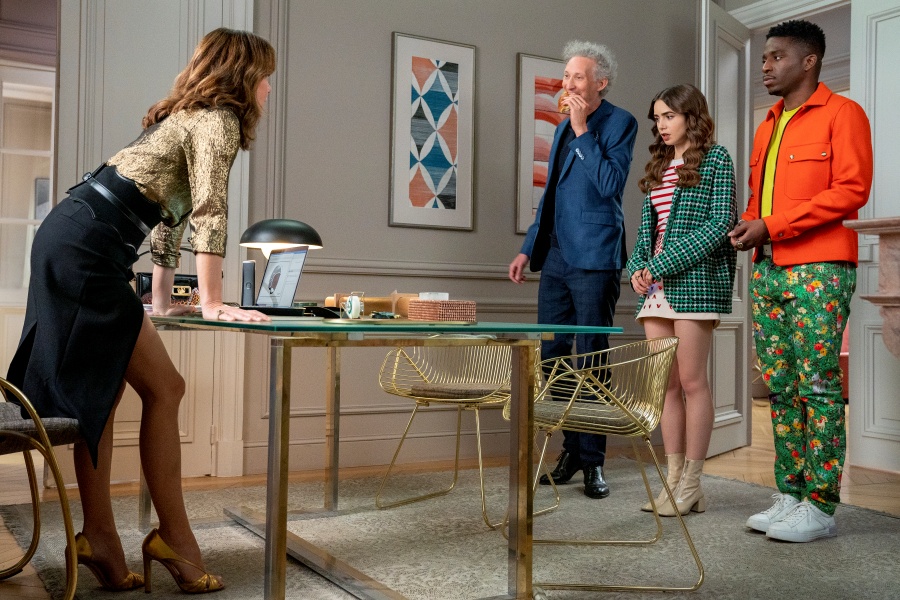 Emily’s outfits are always stunning but can be hard to recreate in real life. Do you have any fashion tips for fans who want to add a dash of Emily to their wardrobe?

Lily Collins- Honestly, what I love so much about Emily’s wardrobe is that she takes risks and she mixes patterns, prints, textures, styles, she adds belts and the season there’s like a lot of little leather gloves, and hats, I guess, too. But it’s really like having the confidence to just mix and match whatever it is that makes you feel happy. And it doesn’t matter if it’s vintage if it’s a known designer, or up and coming designer, Emily doesn’t veer away from anything, you know. And I think that that’s just, you can always insert a little bit of Emily if you just want to be a little bit bright, bold and bubbly, and throw a little Mona Lisa on there somewhere and be obvious, why not?

Catch Season 2 of Emily in Paris on Netflix now! 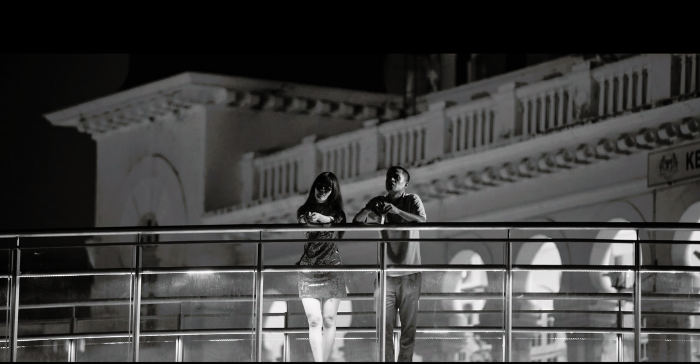 3 Heartwarming Films To Watch on Netflix This Raya 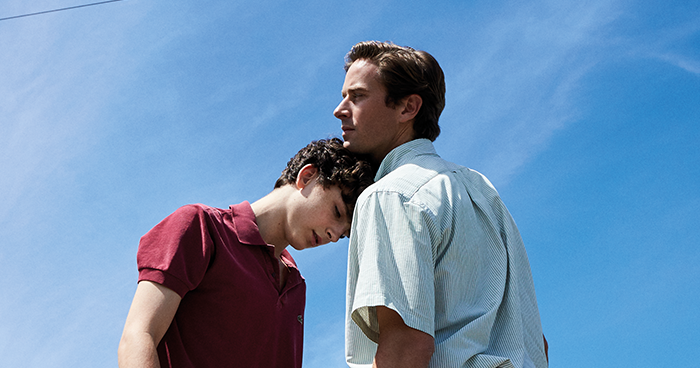 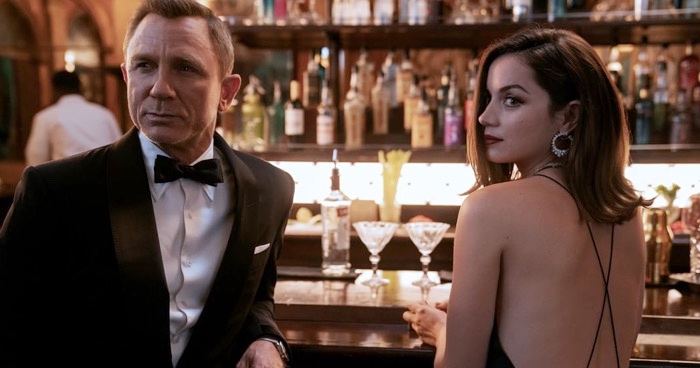